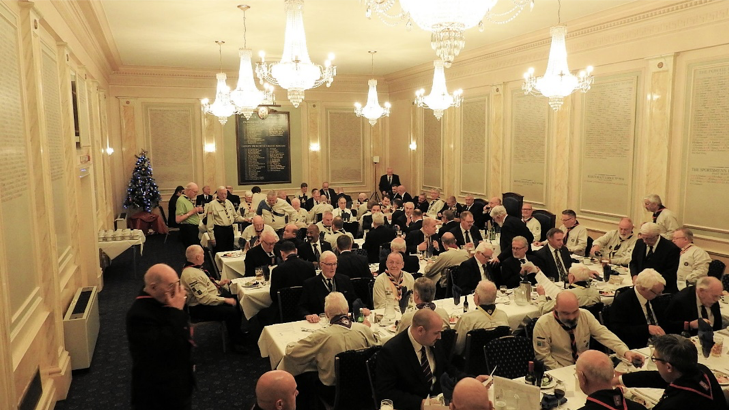 The latest meeting of the KLA

The Scoutcraft Lodge No 9936 hosted the Autumn Festival of the Kindred Lodges Association (KLA) on Saturday 20th November 2021, the Lodge was formed in 2017 by Bristol Freemasons who had a connection with Scouting.

105 Freemasons attended, 55 coming from some of the U K member Lodges of the KLA, one travelling from the Quest Lodge in Durham, the host for the next Festival on 26th March 2022.

The day started with a Committee Meeting and Rehearsal for Scoutcraft members, followed by a KLA U.K. Representatives meeting, This Committee is a policy and decision-making group and amongst other agenda items, they agreed to donate £1,000 to Scout Groups based in Hospitals, and £1,000 to Boys Brigade Projects.

The Lodge meeting began at 1400 and we were treated to an excellent third-degree Bristol Raising Ceremony performed by the Worshipful Master Bro. Mike Page assisted by his Officers.

In true Bristol fashion we enjoyed a festive board with a free gift for everyone,  a Commemorative Pen and Place Mat to take home.

We listened to Toasts in the usual order, the Provincial Grand Master for Bristol R. W. Bro Jonathan Davies who asked why so many members did not have a jacket on? …. the answer being they were in the uniform of their youth organisation.

The Toast ‘Kindred Lodges Association’ was proposed by W Bro Pete Wills with a response from the KLA President W Bro Steve Gough, who was presented with a Scoutcraft Lodge Neckerchief and Woggle. Steve suitably replied.

The Visitors Toast was proposed by W Bro Jon Hays, who likened the features of the City of Bristol to those of Norfolk, the Home of the responder, V W Bro Mike Gooderson DPGM.

During the Lodge meeting the Worshipful Master received the KLA Tile  (passed from host lodge to next host lodge at each Festival) from a representative of Pax Hill Lodge in Hampshire who should have hosted the last festival but had been cancelled due to Covid.

During the Festive Board the Tile was passed to the next host of the next KLA Festival,  Quest Lodge, Durham on 26thMarch 2022.

‘Dobby’, the KLA Mascot which travels with the Tile.

The Master and Brethren of QUEST LODGE No. 7102 request your presence at Penshaw Masonic Hall, Station Road, Shiney Row, Durham. DH4 7LQ.  On March 26th 2022 for the next K L A meeting. 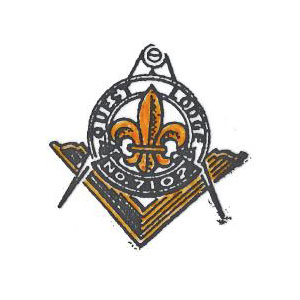 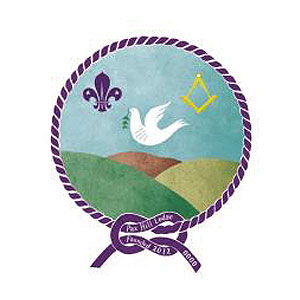 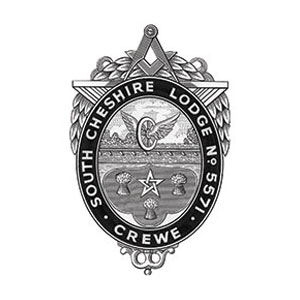 The latest meeting of the KLA